Some Challenges For Older Singles Dating On Apps 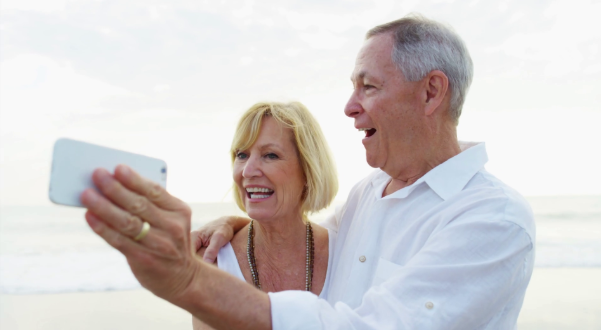 The biggest challenge that singles over 50 will find is that there are less potential matches for them on dating apps. With the user base skewed toward the younger ages, that means there will be more work needed to find a match. An easy solution to that is to use dating apps that are designed for older people. Over 50 dating apps designed specifically for older singles make online dating much easier.

For older singles using hip dating apps may be a bit of a challenge when it comes to navigation and function. You will have to spend your time familiarizing yourself with these apps. The younger crowd grew up with apps like these and are pretty familiar with how dating apps work.

For those older people who prefer to use traditional dating sites that aren't separated by age, be prepared for a few messages from younger people who think that you shouldn't be on the app. There are always those people out there who just want to give others a hard time. People who go around like this are known as trolls and they exist on every online platform.

Realizing that these people are just out there to cause problems is the best way to get past them. Also report them to the site, as this almost always violates the terms and conditions of a dating website.

A Lot Of Rejection

Online dating involves a lot of rejection. This can be hard for someone of any age. When you are an older single you have that problem and more. Younger people who are not interested in dating with older people can be quite hard in their rejections. But even on over 50 dating sites, you will experience a lot of rejection. Preparing yourself for this is the best way to overcome it. Don't take rejection personally, they just aren't the person that you are meant to be with.

One of the most annoying parts of using online dating sites is inappropriate pictures and messages. While women are most effected by this, a good portion of all social media users have had unsolicited photos and messages sent to them. That includes the well-known dick pic. A majority of these messages come from actual users of dating sites but fake accounts will also send links and messages to try and scam you onto sex sites.

Dating apps can be challenging for people of any age. When you are an older single trying to use a dating app it can be even more difficult. But if you are aware of the challenges above and have a plan to overcome them, you will do much better. It is more than possible to find a great match with online dating.